Why America is going to regret the Cordoba House controversy 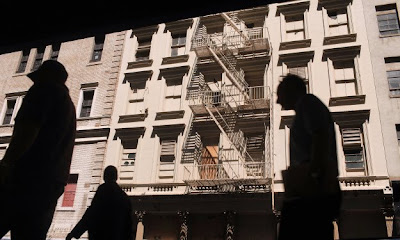 Apart from a brief post praising New York Mayor Michael Bloomberg's forthright stance on the Muslim community center controversy, I haven't said much about this issue. I had naively assumed that Bloomberg's eloquent remarks defending the project -- and reaffirming the indispensable principle of religious freedom -- would pretty much end the controversy, but I underestimated willingness of various right-wing politicians to exploit our worst xenophobic instincts, and some key Democrats' congenital inability to fight for the principles in which they claim to believe. Silly me.

It doesn't take a genius to figure out what is going on here: All you really need to do is look at how the critics of the community center project keep describing it. In their rhetoric it is always the "Mosque at Ground Zero," a label that conjures up mental images of a soaring minaret on the site of the 9/11 attacks. Never mind that the building in question isn't primarily a mosque (it's a community center that will house an array of activities, including a gym, pool, auditorium, and oh yes, a prayer room). Never mind that it isn't at "Ground Zero": it's two blocks away and will not even be visible from the site. (And exactly why does it matter if it was?) You know that someone is engaged in demagoguery when they keep using demonstrably false but alarmist phrases over and over again.

What I don't understand is why critics of this project don't realize where this form of intolerance can lead. As a host of commentators have already noted, critics of the project are in effect holding American Muslims -- and in this particular case, a moderate Muslim cleric who has been a noted advocate of inter-faith tolerance -- responsible for a heinous act that they did not commit and that they have repeatedly condemned. It is view of surpassing ignorance, and precisely the same sort of prejudice that was once practiced against Catholics, against Jews, and against any number of other religious minorities. Virtually all religious traditions have committed violent and unseemly acts in recent memory, and we would not hold Protestants, Catholics, or Jews responsible for the heinous acts of a few of their adherents.

And don't these critics realize that religious intolerance is a monster that, once unleashed, may be impossible to control? If you can rally the mob against any religious minority now, then you may make it easier for someone else to rally a different mob against you should the balance of political power change at some point down the road.

Critics of the proposal are aware that their views contradict the principle of religious tolerance on which the United States was founded, so they have fallen back on the idea that building the community center here is "insensitive" to the families who lost loved ones back in 2001.

(Presumably it's not "insensitive" that the same neighborhood contains strip clubs, bars, and all sorts of less-than sacred institutions). And notice the sleight-of-hand here: first, demogogues raise an uproar about a "Mosque at Ground Zero," thereby generating a lot of public outcry, and then defend this bigotry by saying that they're just trying to be "sensitive" to the objections they have helped to stir up.

But what if Newt Gingrich, Rick Lazio, Sarah Palin, and all the other people trying to exploit this matter had praised it from the start for what it was: a genuine and well-intentioned effort to combat the ignorance and hatred that had led to 9/11 in the first place?

I personally find the whole idea of a "Supreme Being" unconvincing, and I don't quite get why some many people continue to cling to a set of myths and fables dating from antiquity.

But that's just my view, and someone else's religious convictions are their business provided they don't impose them on me. The Founding Fathers wisely understood that trying to impose religious orthodoxy on the new republic was a recipe for endless strife. Although it has hardly been observed with perfect fidelity over the years, that core principle has served the country remarkably well for over two centuries.

The principle of religious tolerance is not a piece of clothing that one can don or doff at will, or as the political winds shift. Indeed, it is most essential not when we are dealing with groups whose beliefs are close to our own and therefore familiar; the whole idea of "religious tolerance" is about accepting communities of faith that are different from our own and that might strike us at first as alien or off-putting. Tolerance doesn't mean a thing if we apply it only to people who are already just like us.

The latest example of tortured reasoning on this subject was New York Times columnist Ross Douthat's column a couple of days ago. Douthat explained the controversy as a struggle between "two Americas": one of them based on the liberal principle of tolerance and the other based on the defense of a certain understanding of "Anglo-Protestant" culture.

In addition to glossing over the latter's dark underbelly (slavery, anti-Semitism, anti-Catholic prejudice, etc.), Douthat's main error was to view these two aspects of American society as of equal moral value. In his view, it's legitimate to object to the community center because we have to respect the feeling of those Americans (including Douthat himself, one assumes) who believe that the United States is at its heart an "Anglo-Protestant/Catholic/Judeo-Christian" nation.

Even if one accepts this simplistic dichotomy, what Douthat fails to realize is that the history of the United States is the story of the gradual triumph of the first America over the second. The United States may have been founded (more-or-less) by a group of "Anglo-Protestants," and defenders of that culture often fought rear-guard actions against newcomers whose practices were different (Jews, Catholics, Japanese, Chinese, etc.). But the founding principle of religious tolerance gradually overcame the various Anglo-Protestant prejudices, which allowed other groups to assimilate and thrive, to the great benefit of the country as a whole. The two America's are not morally equivalent, and we should all be grateful that when those two Americas have come into conflict, it is the second America that has steadily given way to a broader vision of a free and open democracy.

The final disappointment, of course, has been the response of some prominent Democrats, despite the salutary example that Mayor Bloomberg set for them. President Obama gave a powerful defense of his own last week, and then promptly diluted his initial statement with some ill-advised waffling. (Obama's desire to find common ground is sometimes admirable, but someone needs to remind him that when one side is right and the other is wrong, moving towards the middle is movement in the wrong direction.)

Even more disappointing was Senate Majority Leader Harry Reid's cowardly dissembling, in which he simultaneously claimed to support religious freedom but said he thought the community center should nonetheless be moved somewhere else. I know Reid is in a tough re-election fight, but wouldn't it be nice if someone like Reid would put a core political principle ahead of his own career prospects? Heck, if people learned that Reid actually had some backbone and was willing to fight for what he believed in, they might actually be more inclined to vote for him.

And finally, let's not lose sight of the foreign policy implications. It's hardly headline news to observe that the United States has an abysmal image in the Arab and Muslim world (for a variety of reasons), but the xenophobic and cynical posturing of the community center's opponents is a free gift to extremists who are eager to portray the United States as inherently hostile to the entire Islamic tradition. The controversy itself has probably taken a toll already; if the critics win, then we should hardly be surprised if moderates elsewhere begin to have even more doubts about America's ability to live up to the principles that we like to boast about to others.
Posted by Richard Parker at 08:53