The back-of-the-envelope history of the Anti-Defamation League 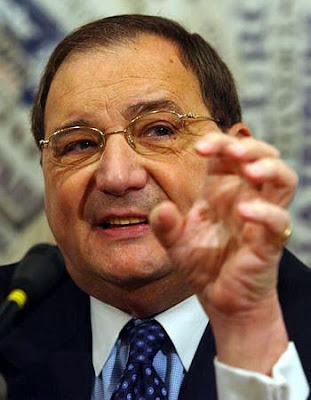 The Anti-Defamation League (ADL) was formed by B'nai B'rith in 1913 to be the leading Jewish defense agency in the wake of the conviction of Leo Frank, an officer of the National Pencil Co. of Atlanta,Georgia,, for the murder of 13 year old Mary Phagan, a shop floor worker at the pencil factory. It was a verdict that many believed to be a miscarriage of justice, which was compounded by Frank being kidnapped from prison two years later and lynched, the only American Jew known to have suffered that fate.

By 1937, the Anti-Defamation League had embarked on another occupation, keeping files and spying on what it considered to be communist or pro-communist organizations and individuals. In that year, a 1947 Congressional hearing revealed, it had begun providing information on the recently formed National Lawyers Guild and on individuals applying for government jobs to the original House Committee on Un-American Activities chaired by the notorious racist and anti-semite, Rep. Martin Dies, which came to be referred to simply as the Dies Committee.
In the anti-communist witch hunts conducted at the beginning of the Cold War, the ADL assisted and acted as a go-between for both the Congressional committees and members or former members of the CPUSA who chose to inform on their former comrades and friends, including, in at least one instance, family members.

While the ADL’s public face was that of an organization determined to rid the country of neo-Nazis and skinheads, its raison d’etre in the absence of any serious threats of anti-semitism, was not defense of Jews, per se, but defense of Israel and the intimidation and public humiliation of its critics. While that invariably gained the ADL headlines, what was hidden from the public was of equal importance. The ADL, by the late 1980s had begun one of the largest private spying operations in the United States, a fact that was discovered by the San Francisco police in 1992 when it raided the ADL office after discovering that it had been working with a rogue SF cop, Tom Gerard, who had been providing the organization with personal non-public information about a host of American citizens, but, in particular, those supporting the Palestinian cause and opposing South African apartheid.

It turned out that this cop was partnering with a San Francisco weight lifter, Roy Bullock, who had infiltrated the American-Arab Anti-Discrimination Committee and a number of other organizations and had in his files the names of over 10,000 individuals and over 600 organizations, most of which were kept in what Bullock labeled as Pinko files. Bullock and Gerard were also being paid by South African intelligence officials to provide them with the same information on anti-apartheid activism that they had been collecting for the ADL.

Bullock had been identified as the ADL’s “main fact finder” by the late Irwin Suall, who headed the group’s intelligence apparatus, but depositions taken at the time revealed there were similar spying operations being conducted by the ADL across the United States. Despite the ADL having promised to cease trying to illegally obtain information on its enemies at the time in exchange for not being prosecuted, there is no evidence that it has. Rather it has strengthened its ties with police across the country through its LEARN program (Law Enforcement Agency Resource Network) in which it trains police in dealing with “extremist groups” and “hate crimes.”

The ADL has become identified with the antics and pronouncements of its long-time national director, Abe Foxman, who has made a name for himself by taking on anyone he considers guilty of anti-Semitism, which means criticizing Israel or the abuse of Jewish power. In the past this has included Marlon Brando, Mel Gibson, and most recently Oliver Stone. Jews are not immune, as Tony Judt found out in 2006 when Foxman interceded with the Polish Consulate in New York to prevent the British Jewish writer from giving a talk in the building’s meeting room on “The Israel Lobby and US Foreign Policy.”

Now, Foxman is in the headlines once again, trying to prevent an Islamic center, one that would be open to everyone, from being constructed adjacent to the site of the World Trade Center bombing. This would appear to be a clear violation of the mission statement of the organization, part of which states that its “purpose is to secure justice and fair treatment to all citizens alike and to put an end forever to unjust and unfair discrimination against and ridicule of any sect or body of citizens.” For Foxman, apparently, that mission no longer includes Muslims
Posted by Richard Parker at 08:08