Turkey: Forget Flying Over Us

Turkey has banned an Israeli military flight from its airspace in apparent retaliation for Israel's interception of the Free Gaza flotilla last month, in which nine pro-Palestinian Turkish activists were killed.

"Israeli media reported that Turkey had not allowed a plane transporting military personnel to a tour of Holocaust memorial sites in Poland to cross its airspace. The aircraft, with more than 100 people on board, was forced to make a detour. Israel has not commented on the issue."

Turkey has woken up and realised the true value of its former alliance with 'the shitty little Levantine country'.
Posted by Richard Parker at 13:13 No comments:

See No Evil, Hear No Evil......Israel's Committee of Investigation 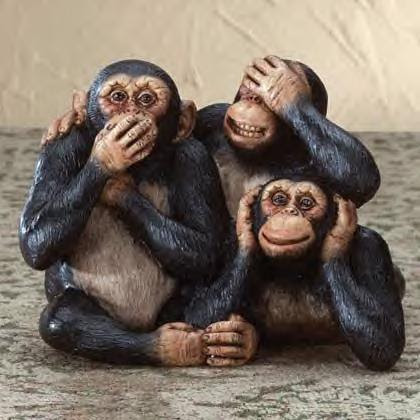 Amos Horev (86 yrs) - Castrated Palestinian in Blood Vengeance
Yaakov Tirkel (75 yrs) - Israeli Chair of Gaza Flotilla Attack Investigation Doesn’t Believe It Should Exist
Shabtai Rosenne (93 yrs) - Shabtai Rosenne and the Qibya Coverup
All of these links go, with thanks, to Richard Silverstein, who has thoroughly investigated the bunch of criminal old farts.

Here's a photo of Shabtai Rosenne getting ready for his part in this farce. Latest: Even Judge Tirkel can't put up with his original brief. He is asking for more judicial powers:
http://www.haaretz.com/print-edition/news/despite-wider-remit-soldiers-won-t-be-questioned-in-gaza-flotilla-probe-1.299057

Mind you, this may be just a move by the Israeli government to demonstrate that it is 'really serious'.
Posted by Richard Parker at 10:15 No comments:

One of Israel's most repulsive extra-territorial murderers (Meir Dagan, the head of Mossad) is to be replaced by another. Yuval Diskin, head of Shabak (Shin Bet - internal murderers) may take on the job.

The Independent: "Meir Dagan, the head of Mossad, Israel's intelligence service, could step down in three months after the country's Prime Minister refused to extend his term, a television channel has claimed.
The unconfirmed reports will prompt speculation that Mr Dagan, 65, is being ousted over a botched operation in January to kill a Hamas operative in Dubai that led to a diplomatic backlash from some of Israel's closest allies".
Richard Silverstein - Tikun Olam
Posted by Richard Parker at 11:02 No comments:

Murdered for Being Palestinian While Driving

On Friday, June 11, in broad daylight in the middle of a residential neighborhood, a policeman killed a driver who ran into - but did not kill - pedestrians: police officers on foot.

The killing was buried immediately in the giant cemetery called "of no interest to the Israeli public." Why? Because all this happened in a Palestinian neighborhood in East Jerusalem (Wadi Joz ), and because the driver's name was Ziad Jilani.

Jilani was treated to a lightning trial: He was convicted on the spot of intending to carry out a terror attack because the people hurt by his car were Israeli policemen. They chased him as one chases someone defined as a terrorist, while shooting (first in the air, but then in a way that endangered passersby. In fact, a 5-year-old girl sitting in a parked car was injured ).

And then, when he was lying on the ground shot, according to witnesses, he also took two bullets to the head. That is, between the second the man was indicted for intending to run people over in a terror attack, and until the moment a gun was allegedly pressed right up to his head and the trigger pulled, the Border Police on the scene were victims, witnesses, prosecutors, judges and executioners.

They [Israeli Border Police] chose, allegedly, to return him to his family with his face imploded after being hit by two bullets, apparently fired into his right cheek. The bullets did not even have a place to come out because, lying there, his left cheek was on the asphalt. Neutralize means eliminate.
Ha'aretz

see, for more horrors in this story:  http://newsfrommiddleeast.com/?xstart=b&new=67212
Posted by Richard Parker at 16:45 No comments:

If there is a heaven - Ilana Hammerman - Deconstruct 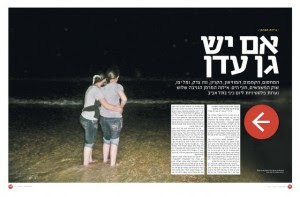 Ilana Hammerman, an Israeli do-gooder, took three Palestinian girls through the West Bank checkpoint and then right on to Tel Aviv. Her story is here:
http://www.haaretz.com/magazine/friday-supplement/if-there-is-a-heaven-1.290214

Now, an hour's drive to the sea is not very far (except for the checkpoints), and Tel Aviv is like Benidorm but a lot less sophisticated.

Ilana (poor self-deluded do-gooder) took these poor girls to "the museum, the mall and the market, dipped in the sea, ate ice cream on a bench in the boulevard and when the evening came they crossed the checkpoint again to return to their homes".

Except she didn't. She took them to:
- the campus - Tel Aviv University, which these girls can never hope to even attend
- the museum - the Eretz Israel Museum
- the shopping mall - Dizengoff Center, where they couldn't afford to buy anything.
- the picturesque Neve Tzedek quarter - "the first official Jewish neighborhood built outside the Jaffa walls in 1887."
- Jaffa port "I was the only one who took a walk on the pier, because the girls sat down right at the beginning of it, took off their sandals, rolled up their pants and waded in the dark waters, refusing to budge".
- the flea market in Jaffa (much like a weekly market anywhere in the world)

Then - "They didn't want to stop for even a minute at the restaurant there to have a bite to eat or something to drink, or even to just relax a bit. Instead they immediately removed their sandals again, rolled up their pants and ran into the water. And ran and ran, back and forth, in zig-zags, along the huge beach, ponytails flying in the wind. From time to time, they knelt down in the sand or crowded together in the shallow water to have their picture taken. The final photo shows two of them standing in the water, arms around each others' waists, their backs to the camera.

This strikes me as the salient, innocent point in the whole episode. These girls, living just an hour's drive away (excluding checkpoints) from Tel Aviv, Jaffa, and the sea, are entranced by their first experience of something they've never encountered before, and may never have another chance to see and feel again.

Israel Police is investigating Ha`aretz reporter Ilana Hammerman for helping three Palestinian girls illegally enter Israel and disturbing a police officer, The Jerusalem Post learned on Friday.
Hammerman wrote an article entitled `If there is a heaven` in which she described how she brought 18-year-old Palestinian girl Aya and her two cousins into Israel without permits, for `a day of fun` in Tel Aviv, during which she lied to an undercover police officer.
The Legal Forum for the Land of Israel, which describes itself as `preserving the national integrity of the State of Israel and the Jewish people,` sent a letter of complaint to Attorney-General Yehuda Weinstein. Shimrit Alkalai, the Forum`s lawyer, said that Hammerman`s actions were against the Entrance to Israel Law. The Attorney General`s office responded that the case has been sent to the police for further investigation.
In the May 13 article `If there is a heaven,`
Posted by Richard Parker at 13:53 No comments:

Starting Out All Over Again

During 2009, I completely lost all hope of ever seeing a just solution to the Israel/Palestine 'problem', so I gave up blogging.

I haven't regained much of that hope, but Israel's standing in the world has taken so much of a turn for the worse (Operation Cast Lead, Flotilla Killings, etc), that there just may be something positive on the horizon.

My blog posts will (I hope) concentrate on personal stories, in classic Reader's Digest style, mostly lost in the mass of new political stories that are dealt with so much better by other, more influential bloggers.

My first two new posts deal with reports I found very moving; the first experience of the sea by three Palestinian girls, and an incidental murder in Jerusalem.
Posted by Richard Parker at 04:35 No comments: